Sophie - wifemotherlife 17th September, 2016 No Comments Family, Lifestyle
Half way through September already. How'd that happen? Feels like it was only a few weeks ago I had paid the deposit for our holibobs and yet here we are a couple weeks post jolly and feeling a bit blue.
I hate the post holiday blues, however this year they've been quelled slightly by the fact I've already booked next years. We've not been in a position to do that before and it was great! We've booked to go to the Isle of Wight, which my girl is already dubbing it our 'nearly almost abroad holiday' bless her. She's possibly more excited about it than we are. Anyway, we booked with Away Resorts based on the review of wonderful blogger, Brummy Mummy of 2, who had had such a fab time there. I am of the opinion it's best to read reviews of a place before you go, and Emma's was brilliant. I showed the Hubs and he said 'do it!' So I did!
In the meantime we are two weeks into the new school year and whilst the first week was spent giving the girl cuddles and wiping away tears, she seems to be back on her feet and slowly finding her stride which is brilliant. I am one of those mothers who won't hesitate to phone the school to find out what's going on for myself, the new high school will be on first name basis with me by half term, and in fine with that. 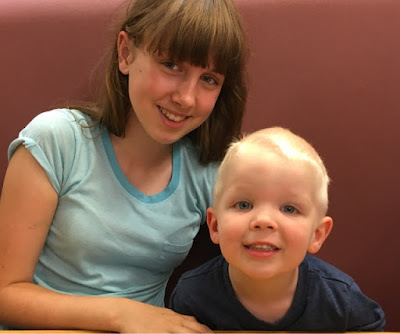 When you have a child who cuts themselves, as I've shared before, you don't hang around waiting for the school to make their first move. So I've already been in and introduced myself to the head of year, and to be fair she seems like a really straight forward teacher, none of that patronising tone, just helpful. Which is what you need in life in general I think.
As for the little man, he has taken to full time nursery like a duck to water! He loves going in every day and comes home shattered. Perfect combination really. The other great thing is the fact that now nursery are starting to see certain behaviour traits coming out that they didn't get time to see before. His literal interpretation of things, his lack of understanding for certain role playing games, his obsessiveness over a specific toy. All the things I was telling them about previously they are now seeing first hand and able to log it all in their reports. He was referred to the Child Development Team for assessment before the summer holidays, by the Health Visitor as she suspected ASD and ADHD with Sensory Processing Disorder. 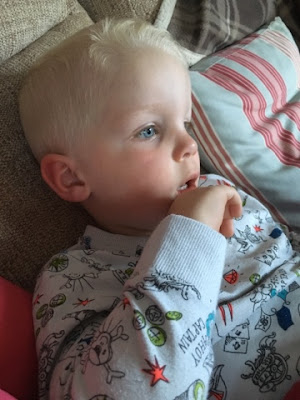 It's been tough because he is only three, but to know others are now having to deal with certain behaviour that only came out when he was with me is a relief. It's meant that they can get a team in to assess his learning needs now and potentially any assistance he may also need by primary school. It's a slow process, one I wasn't expecting to find myself on with him too, but I'm equipped and prepared to be as good a Mum as I can be to him.
On the work front I've taken on more hours and my boss, who is amazing, has started to guide me into the world of press release writing and also writing blog posts for her too. She's in quite a specialised field, so to have her say she likes my pieces is pretty high praise. I am literally flying by the seat of my pants for most of it, but also loving it too. I think in some ways it will help reenergise my love for writing in general. That's my hope anyway.
As for the rest of this month, I'll be trying desperately to avert my attention from all the Christmas decorations already going into shops and Christmas countdown posts all over my social media feeds! I want to enjoy the change of the season, I want to linger in the beauty of the changing leaves and slow reintegration of woolly jumpers. I want to just sit and be for a while and watch the world around me go from green to gold and red.
I also want to go shopping ... but that's another post for another day!
How about you? How has September been for you so far? Do you love Autumn too or are you on the countdown to Christmas?
Sophie x
You can share this story by using your social accounts:

This is my little corner of the internet where I share where we live, food, family and of course our odd road trip to the seaside. I live in the beautiful county of Worcestershire, sharing my life with husband Phil, two children, with the odd flying visit from my three grown step sons. Yep that’s seven of us! Enjoy having a nose around my blog and seeing what we get up to as a family.